Next time you plan a trip to Margalef, Chulilla or El Chorra, don’t forget to add a stop in the far north of Spain. You won’t regret it

As you probably know, Spanish limestones are a popular winter refuge for sport climbers. Even absolute beginners are doubtless familiar with Siurana, Margalef and Oliana. Tres Ponts, on the other hand, is relatively unknown, even though it has virtually all the highlights of the famous Spanish destinations – only on a smaller scale. Plus, it’s located on the way to those areas.

It lies it in the foothills of the Pyrenees, in the Segre River canyon. The solid grey limestone at Tres Ponts offers all kinds of holds, from power-draining tiny pinch holds to comfortable jugs. In addition, it provides cracks, stalactites and some pockets here and there. Everything is dispersed equally over the wall, allowing you to choose among warm-up routes of grade 6 according to the French classification and laid back 7s, or athletic 8a’s ,8b’s etc.

With only 80 routes, Tres Ponts is too small a climbing destination to make it the centrepiece of your trip. But if you’re coming to Spain by car over the northern border, you should definitely stop by to take a break from driving and stretch your body. Visiting Tres Ponts is also a great way to spice up your trip if you’re coming to Spain by plane, especially to Catalonia or Lleida. It’s just a stone’s throw away from the super famous Oliana, which is popular mainly with elite climbers. Tres Ponts, by contrast, can satisfy those of us who are less ambitious, aiming for 8b+ routes or less and enjoy ascending French 7s.

At Tres Ponts, you have the opportunity to try all kinds of holds on vertical faces, gentler slabs (of lesser difficulty), as well as on hardcore overhangs. Climbing at Tres Ponts is a good way to get into zone and prepare for the rest of your trip, wherever it is that your heart and ambition take you.

Joc De Mans 6b+ - Meandering across the pale orange wall, this route offers a variety of holds and moves. It’s followed by an 8a second pitch.

Bueno Bueno 7a – Demanding a diverse range of styles, a boulder with tiny holds starts the route, which is concluded with two different cracks at the top.

Instint Salvatge 7b+ - Test of endurance. A beautiful and very long route up a slight overhang leading to a rappel anchor, 35 meters above the ground.

Mandanga 7c – 30 meters of power-endurance climbing. You can easily fall, even from the final shelf.

El Batec 8a+ - According to the climbers who’ve done it, a long and a very nice overhang route.

You can’t go wrong with any of these routes. All of them look great and are well-secured.

Practical tips for your trip

If you’re coming from north, don’t forget to make a stop in Seu d’Ugell to buy groceries for several days. A little detour to Andorra is also worth it. The prices of gas there are way lower than in the rest of Europe, which explains the crowds of gas stations lining the main Andorran highway.

To get to the crags you first have to cross a very busy road, which is in itself an adrenaline experience. Once you’re done with this mental warm-up, you walk for another 2 minutes until you reach the rocks. The areas under the walls are pleasant places to rest and even kid-friendly, provided your kids are smart enough to stay away from the cliff above the Segre River or the busy road mentioned earlier.

The Tres Ponts routes are long. You can find 20 and often even 40-meter-long lines. Therefore, make sure to pack an 80 m rope and 20 quickdraws with you. Regardless of the route you climb, always make a knot on the loose end of the rope and tell your belayer to be particularly careful when lowering.

In February 2020, a new climbing guide called Guia d’escalada esportive de l’Alt Urgell, with more than 1700 routes in Tres Ponts and surrounding areas will be issued. Its author is a local climber named Miquel Blanco.

The closest town providing campsite accommodation as well as supplies of water and food is called Organyá.

Tres Ponts is not a large climbing destination, but it’s definitely worth at least a one-day visit. Its strategic location near the northern border is also convenient for those who live far from Spain. Who knows, maybe you’ll stumble upon a challenging route and stay there a little longer. 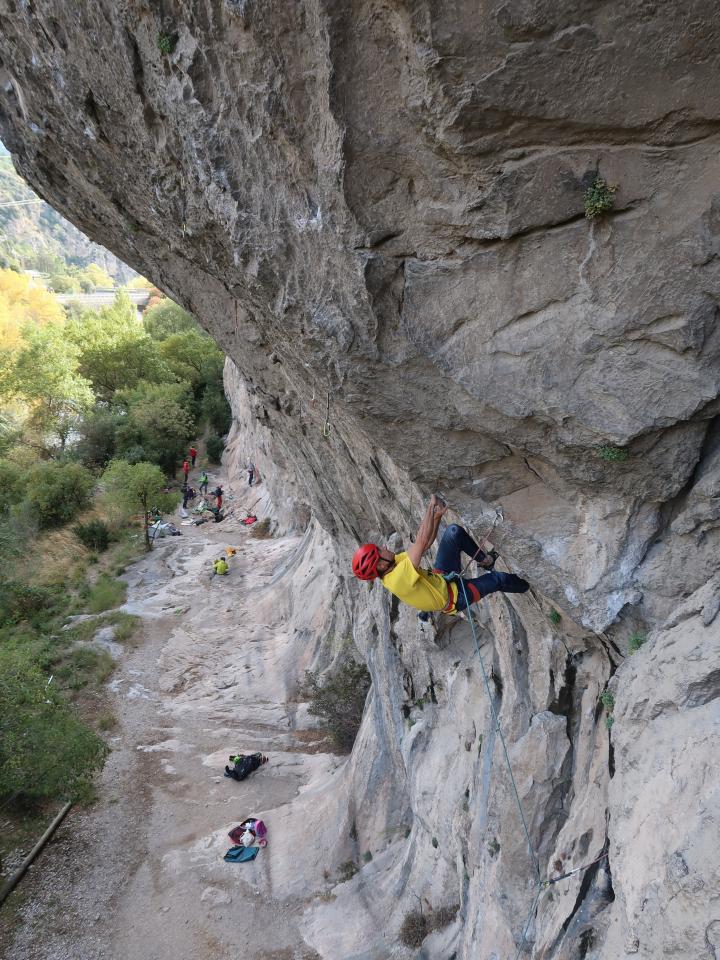 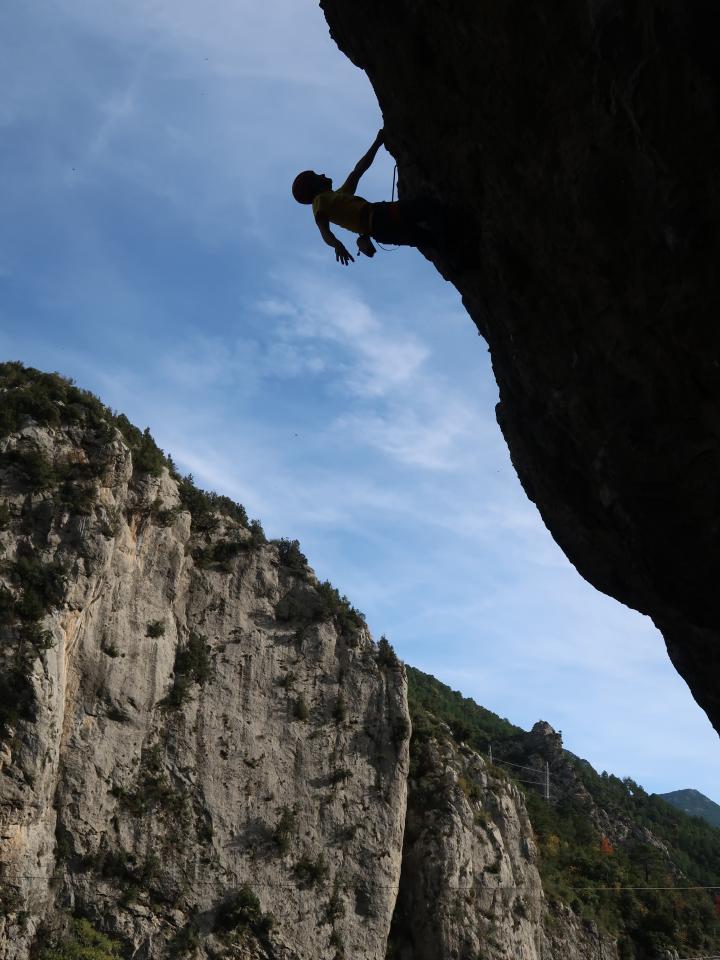 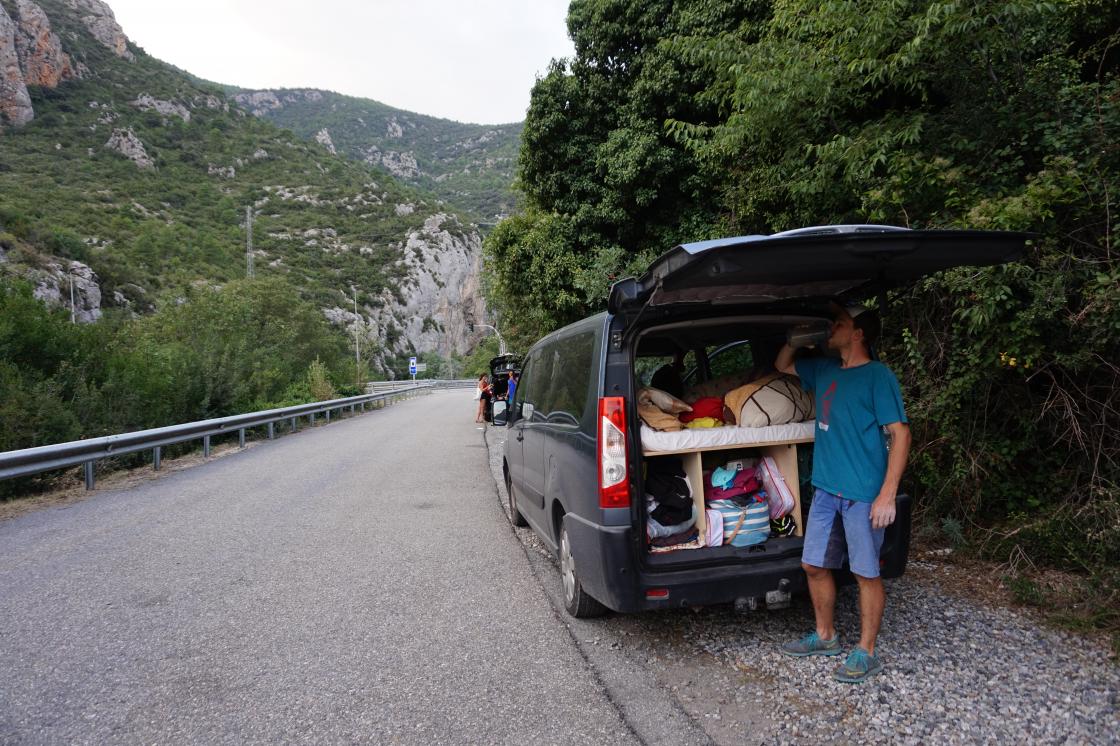 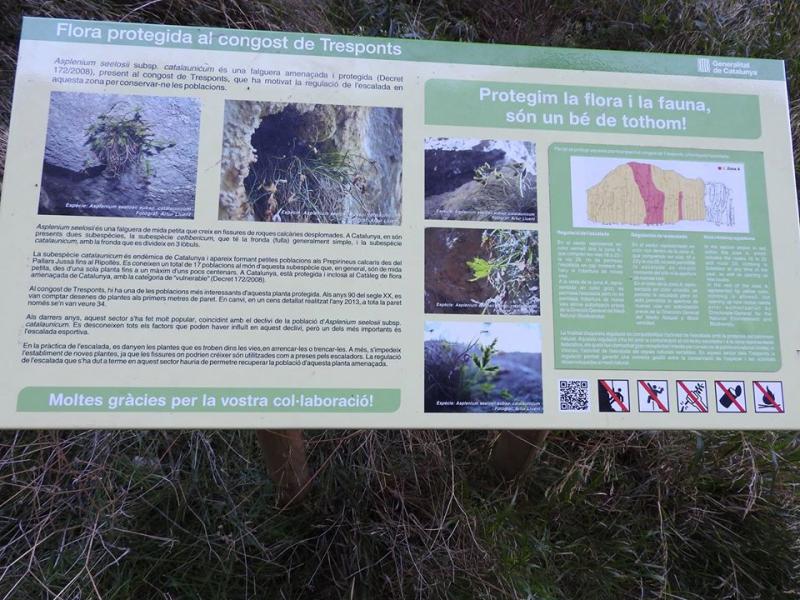 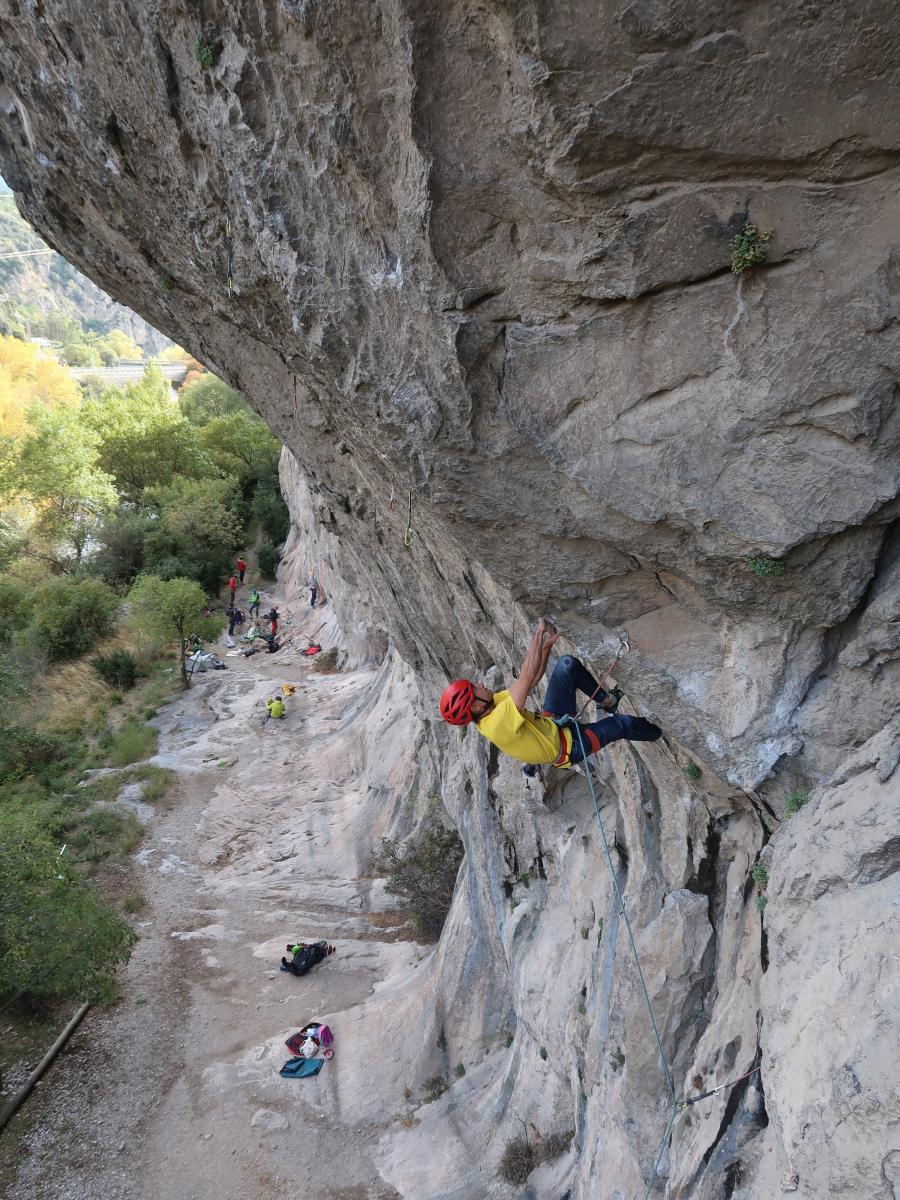 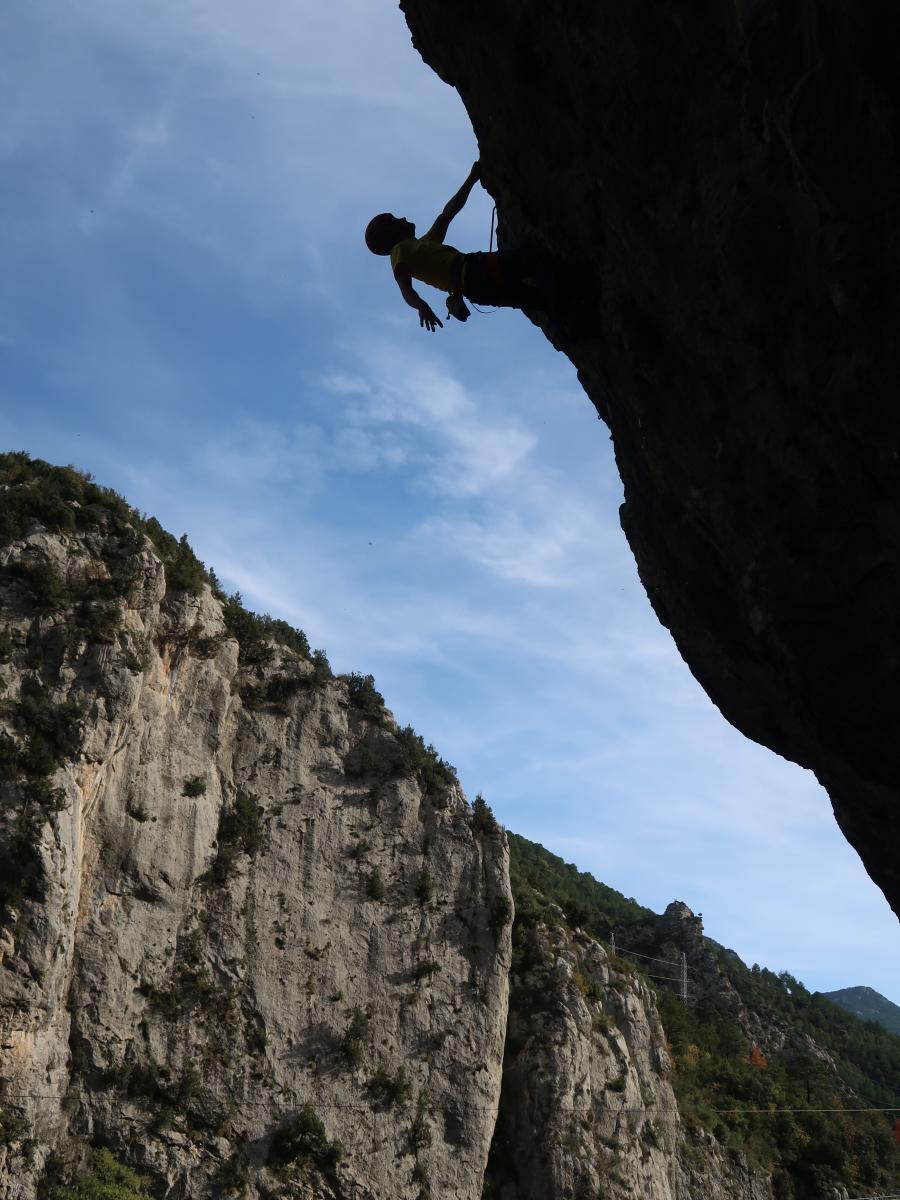 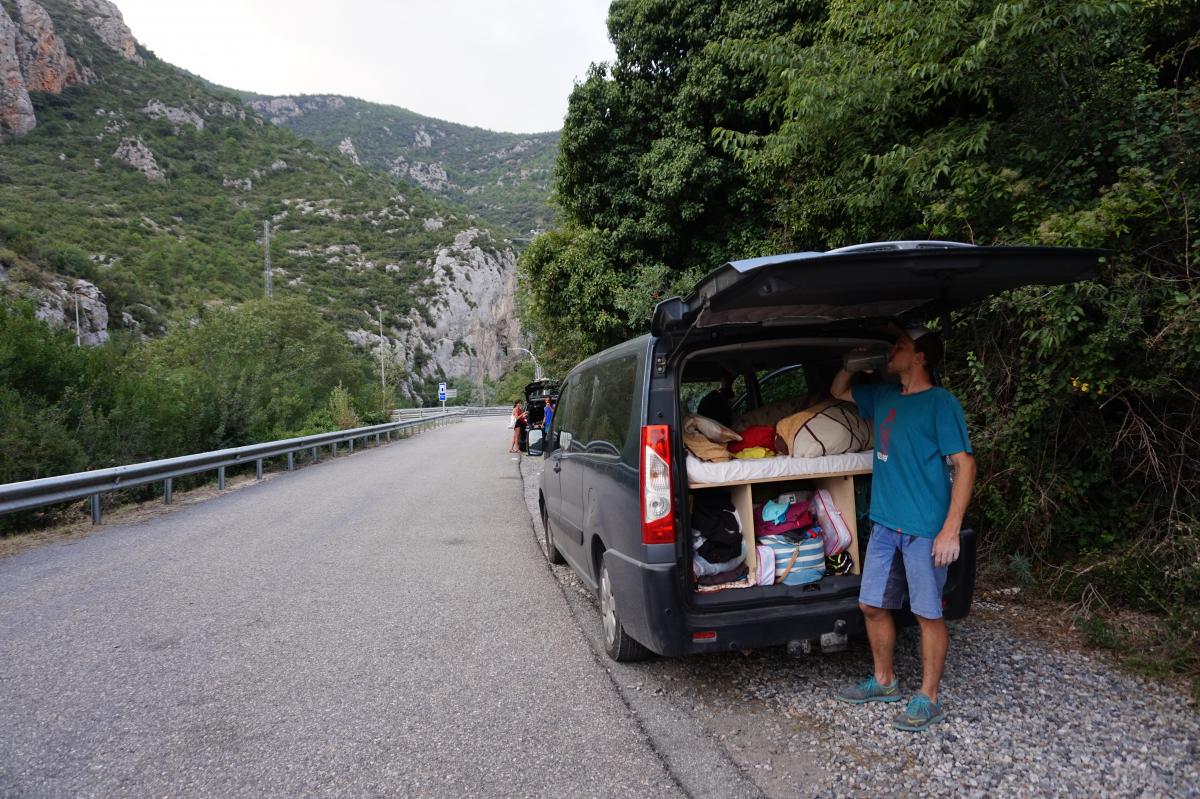 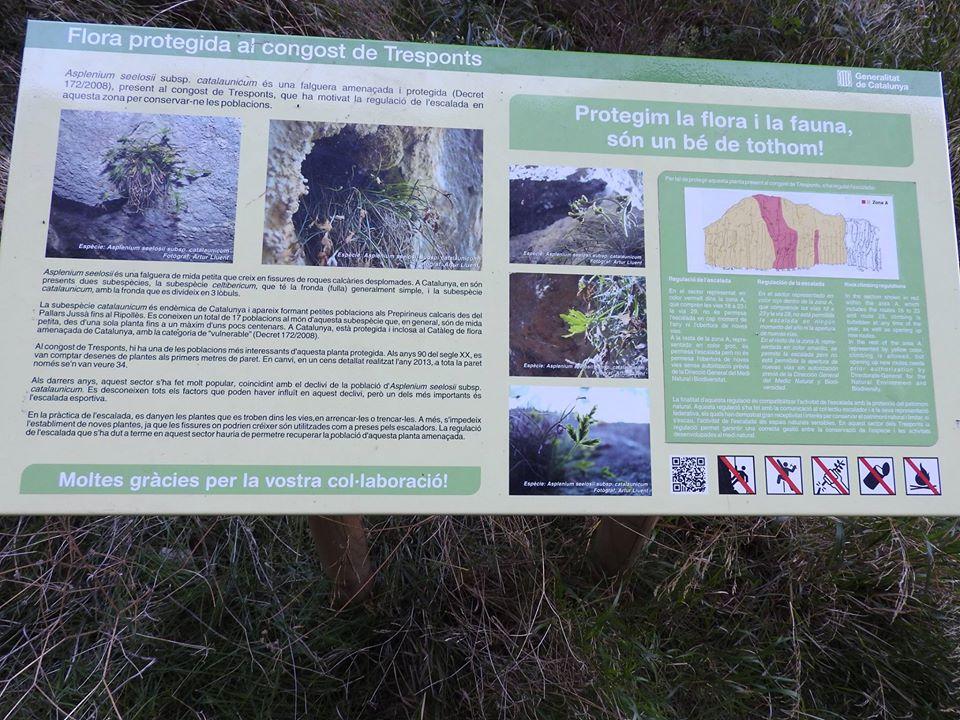 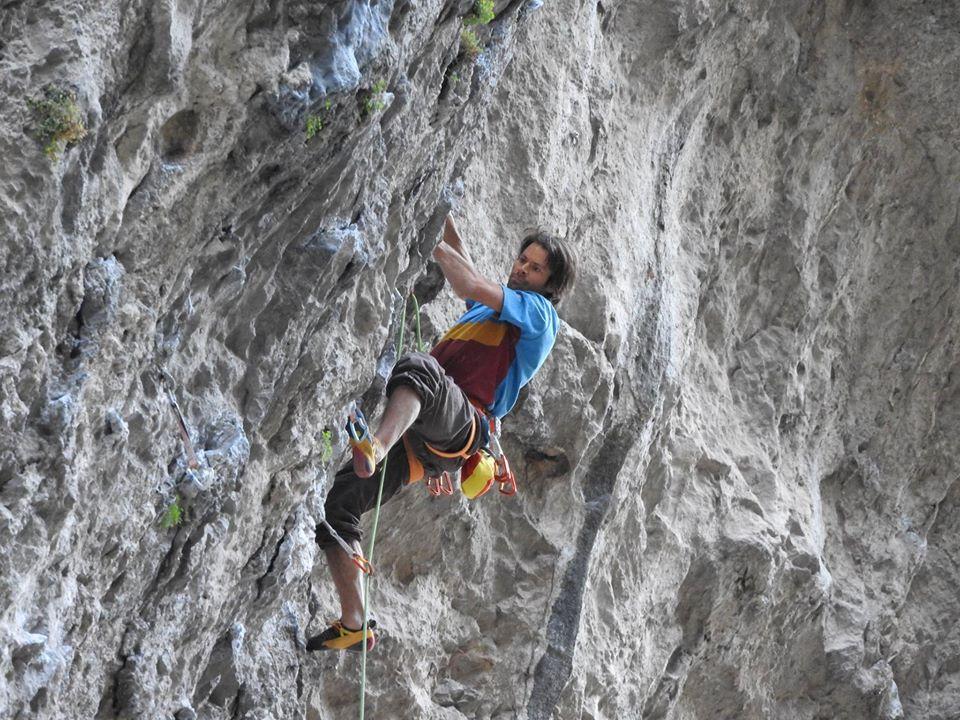 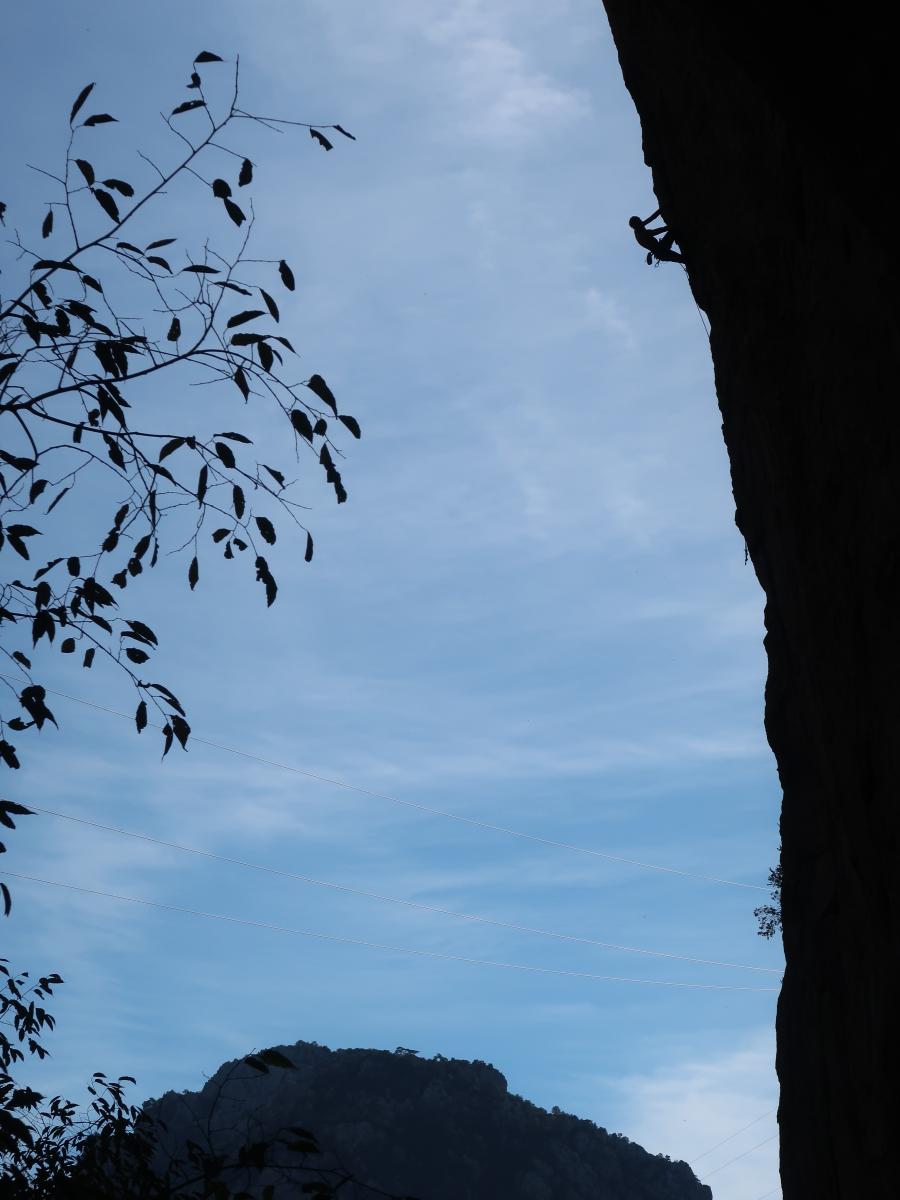 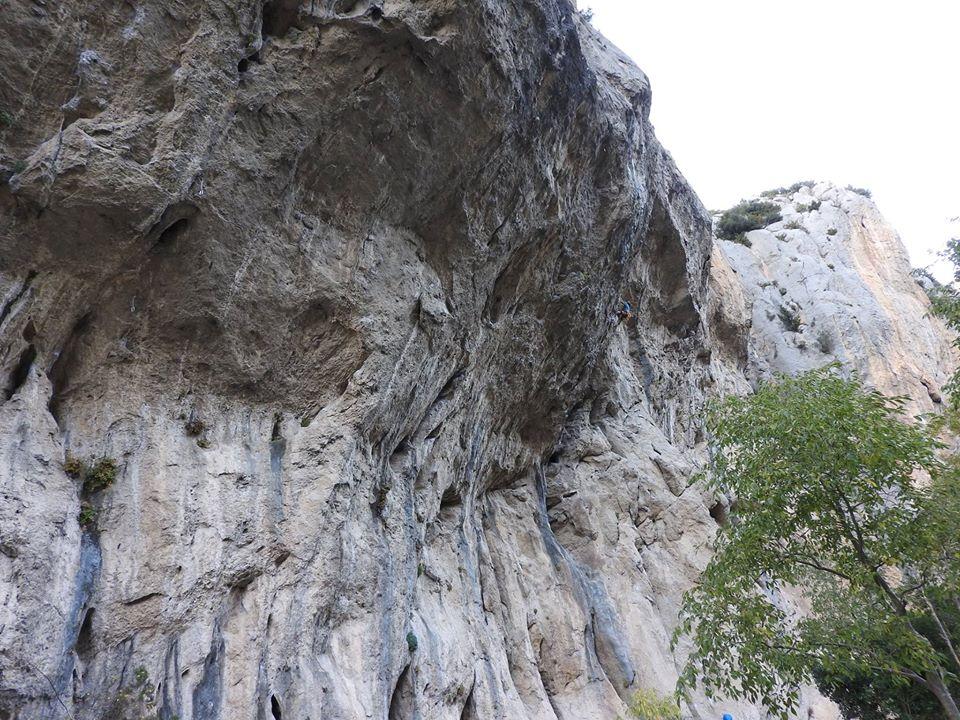 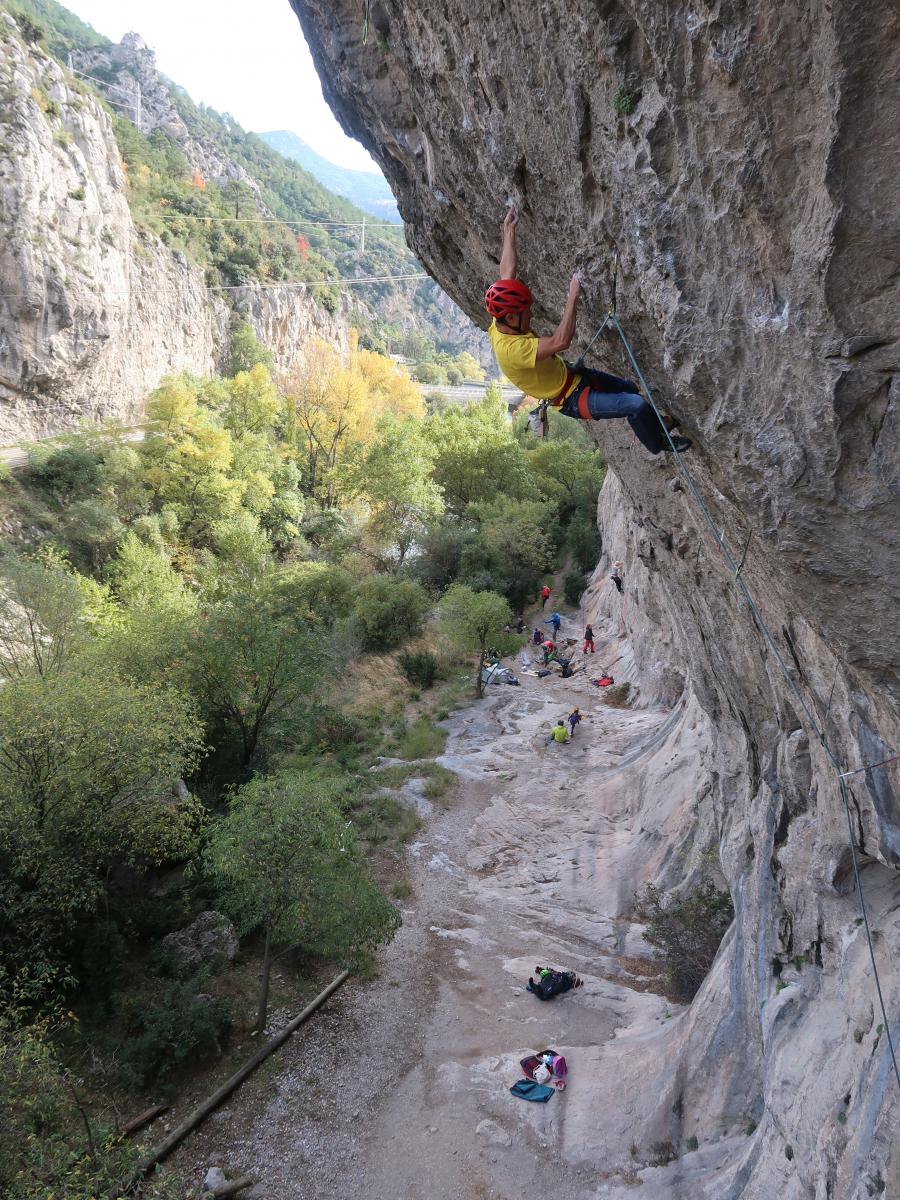 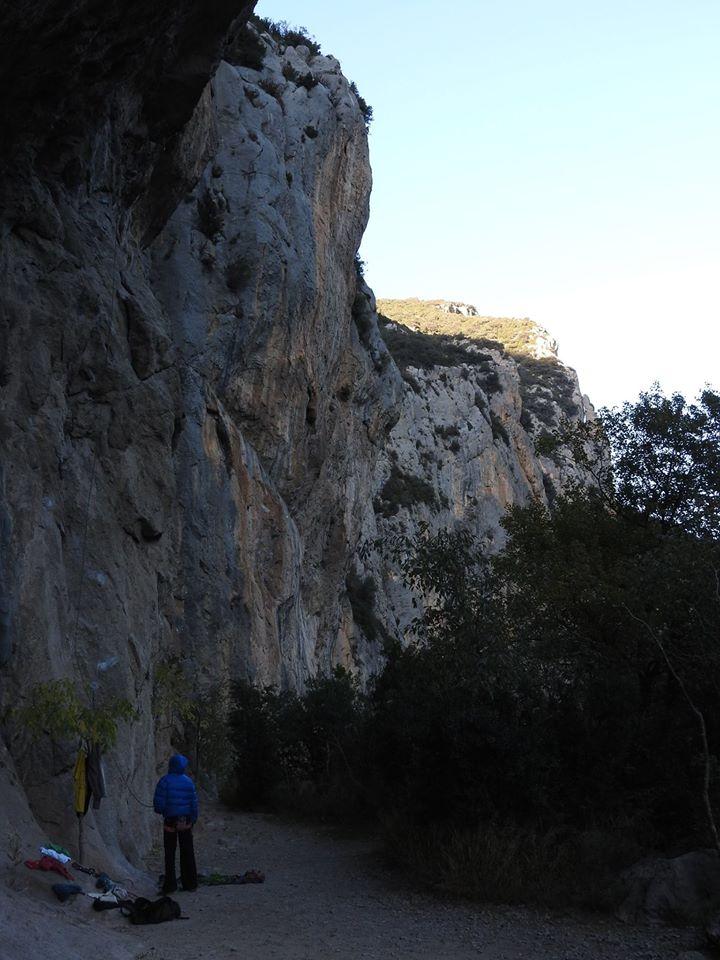 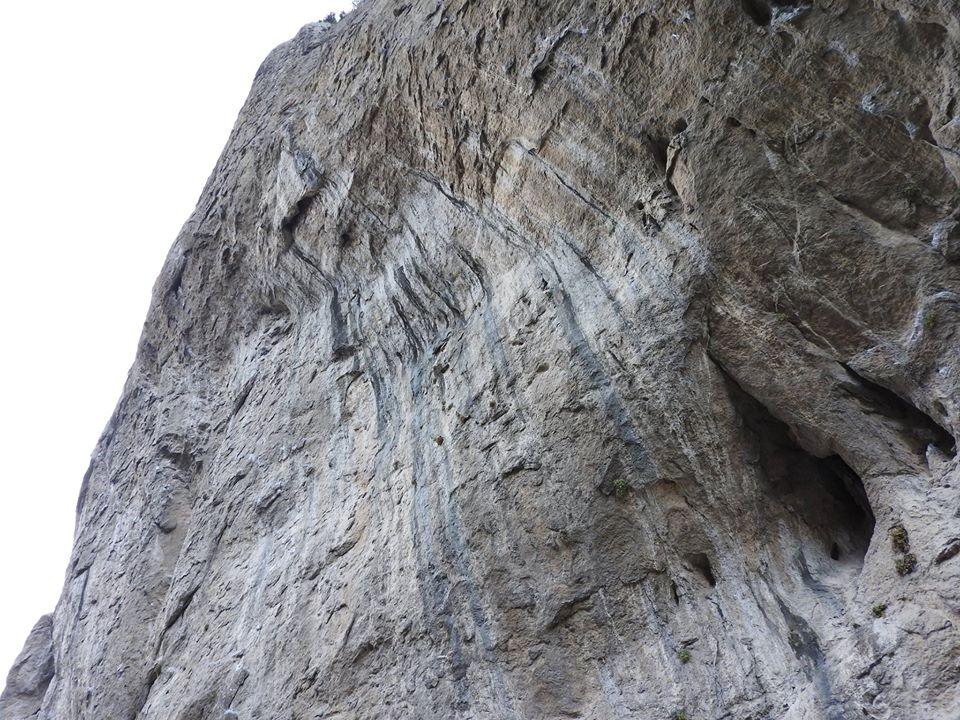 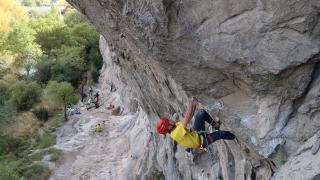 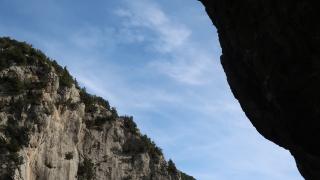 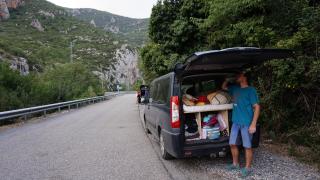 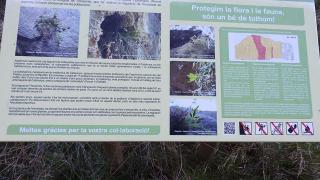 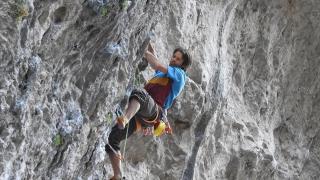 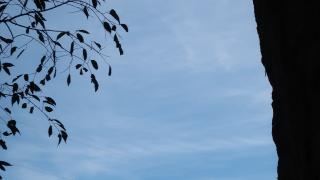 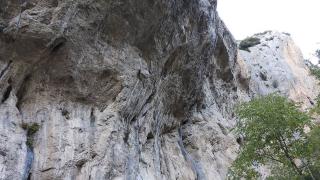 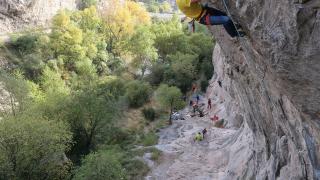 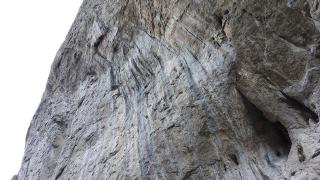