Chalking up properly has never been easier. We’ve developed special chalk mixtures suitable for climbing on hot summer days, as well as during cold conditions.

At first sight, there’s nothing complicated about climbing chalk. A white powder that stops your hands getting sweaty. But if it’s really such a simple matter, why are there so many versions?

On closer inspection you discover that chalk has many specific parameters. Individual mixtures differ in their production process, texture and dustiness. And all those parameters matter! They affect the capability of the climbing chalk to absorb the sweat from climbers’ hands and so make their grips more reliable.

Friction is the key factor in climbing. You need to increase the friction of every part of the body that comes into contact with the rock or holds. Which is why we use climbing shoes with sticky soles. Which is also why it’s not a good idea to climb wide cracks without a T-shirt (but not only for that reason:-)). And it’s why we chalk up, too. Quality climbing chalk maximizes the friction between the hold and climber’s hand.

Climbing chalk is made of magnesite. It’s a mineral with the chemical formula MgCO3. Its molecules have a porous structure and an extremely big surface. Due to this fact they can absorb a large volumes of liquid – typically sweat, but also water when you’re climbing on wet rock. Magnesite is not soluble in water, so neither sweat nor water can eliminate it, unlike CaCO3, which looks very similar and which we all know as classroom chalk. The above characteristics ensure that magnesite is used the world over to dry the sweaty hands of climbers. By adjusting the production process – during which the magnesite is cooked, dried and crushed – its characteristics can be further modified and more versions manufactured.

As the name indicates, Hot Chalk is a mixture suitable for use in warm environments. Summer days, climbing in the sun, high humidity – these factors have been taken into account during the development and testing of Hot Chalk. Consequently, it has a softer texture that corresponds with its desired characteristics. In particular, its ability to absorb as much sweat as possible.

Cool Chalk is different. Its texture is rougher and not so dusty. In your chalk sack you’ll find bigger clods, and you won’t find yourself climbing through clouds of thick white dust when you use this mixture. This is because in cold environments the rough Cool Chalk mixture works better. It’s a great choice for climbing at temperatures below 10°C. So you’ll find it useful for the autumn and winter outdoor climbing and outdoor bouldering. In addition, Cool Chalk is better for the skin on your hands, so it’s also suitable for climbers with dry skin.

But it’s not always blazing hot or numbingly cold. When the weather is “in-between”, the decision is up to you. Everybody requires something different: some hands almost never sweat, while others get sweaty just watching the world bouldering championships. Try both mixtures yourself, and you may find that one will suit you and your skin perfectly in all conditions. It might also be useful to mix them in a proportion that suits your climbing best.

There’s another significant advantage of all climbing chalks from Ocún. The raw magnesite used in the manufacture of all our mixtures is mined solely in European Union countries (e.g. in Slovakia). From these mines it takes the shortest route to be manufactured in the Czech Republic, where we process it according to the appropriate mixture formula, pack it, and send it to the shops where you can buy it. The proximity of mines to the production plant, as well as efforts to minimize transport, reduces the carbon footprint of our climbing chalk.

The whole production process complies with EU regulations concerning the manufacture of cosmetics (aka REACH regulation). In addition, our climbing chalk has also been certified by the Health Ministry of the Czech Republic.

Ocún climbing chalk is harmless to your health and wholesome, and it’s manufactured with respect for the environment. 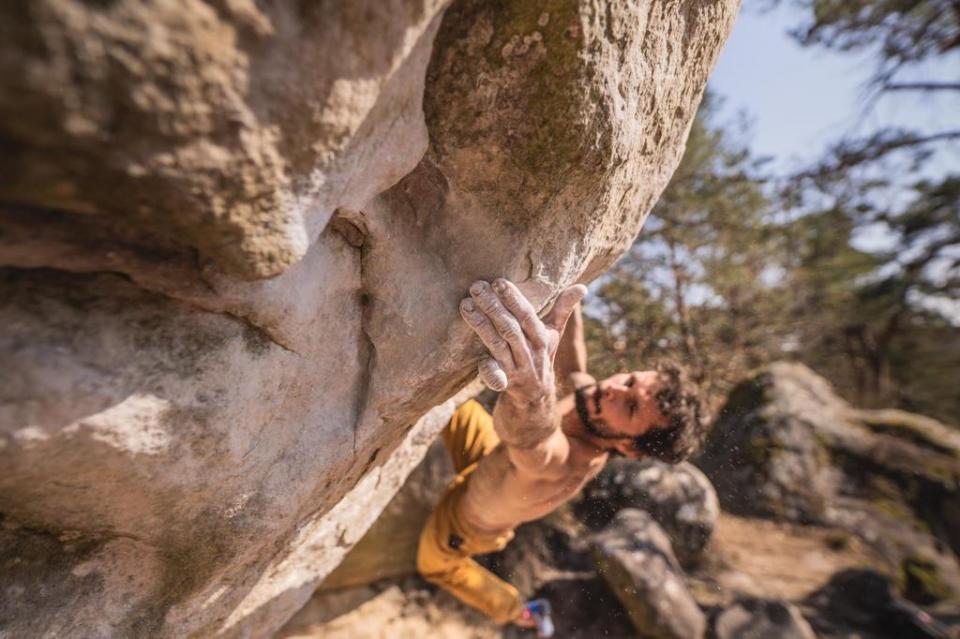 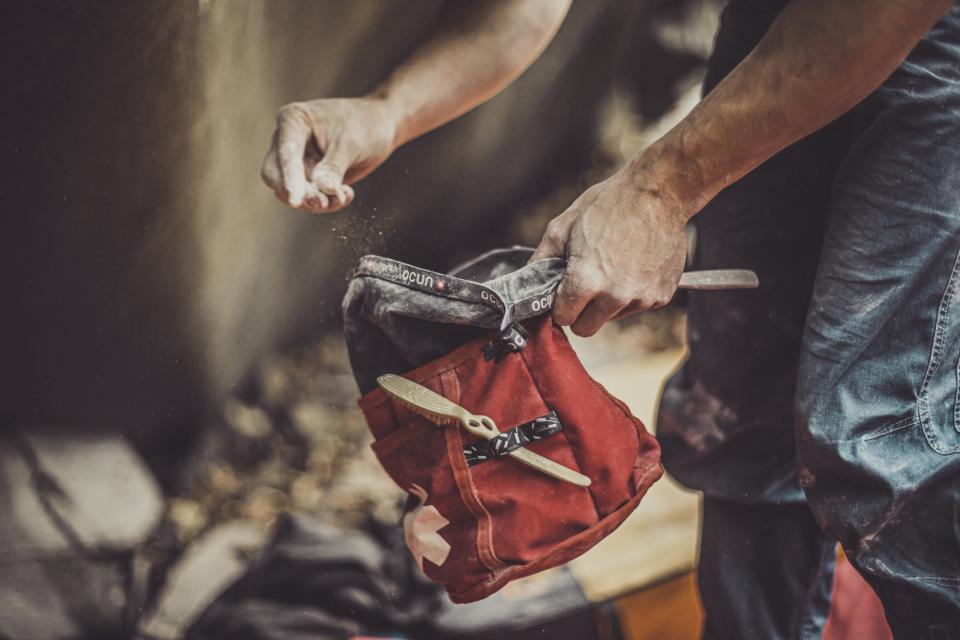 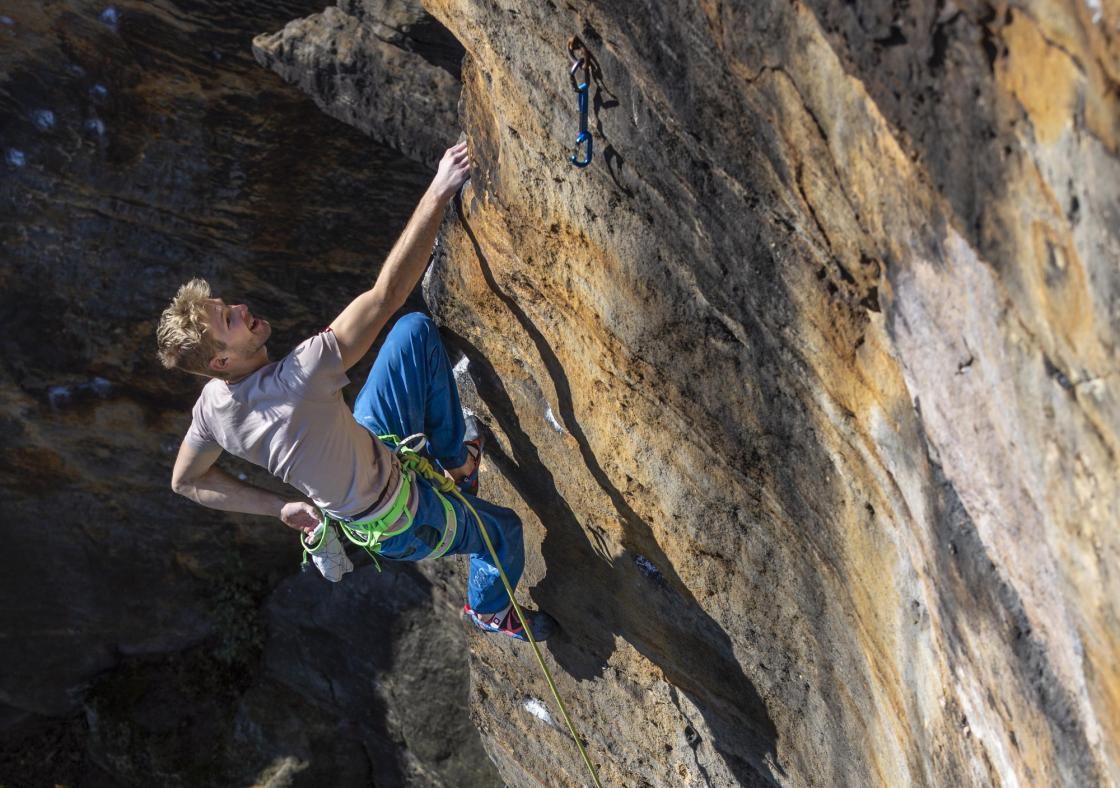 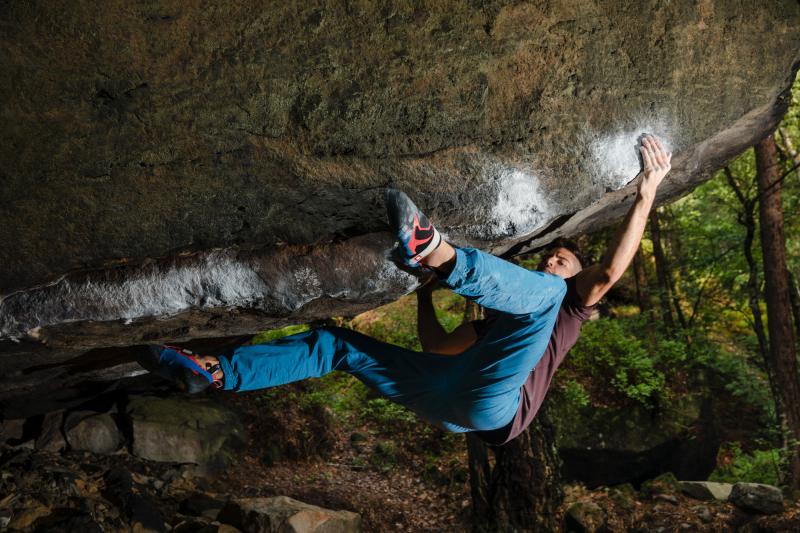 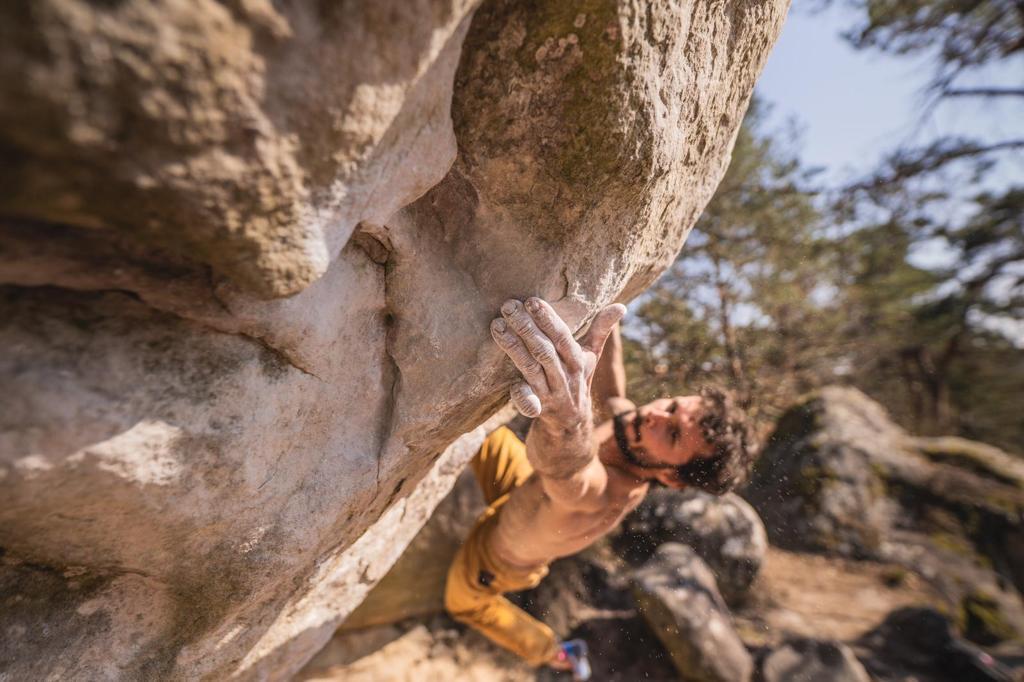 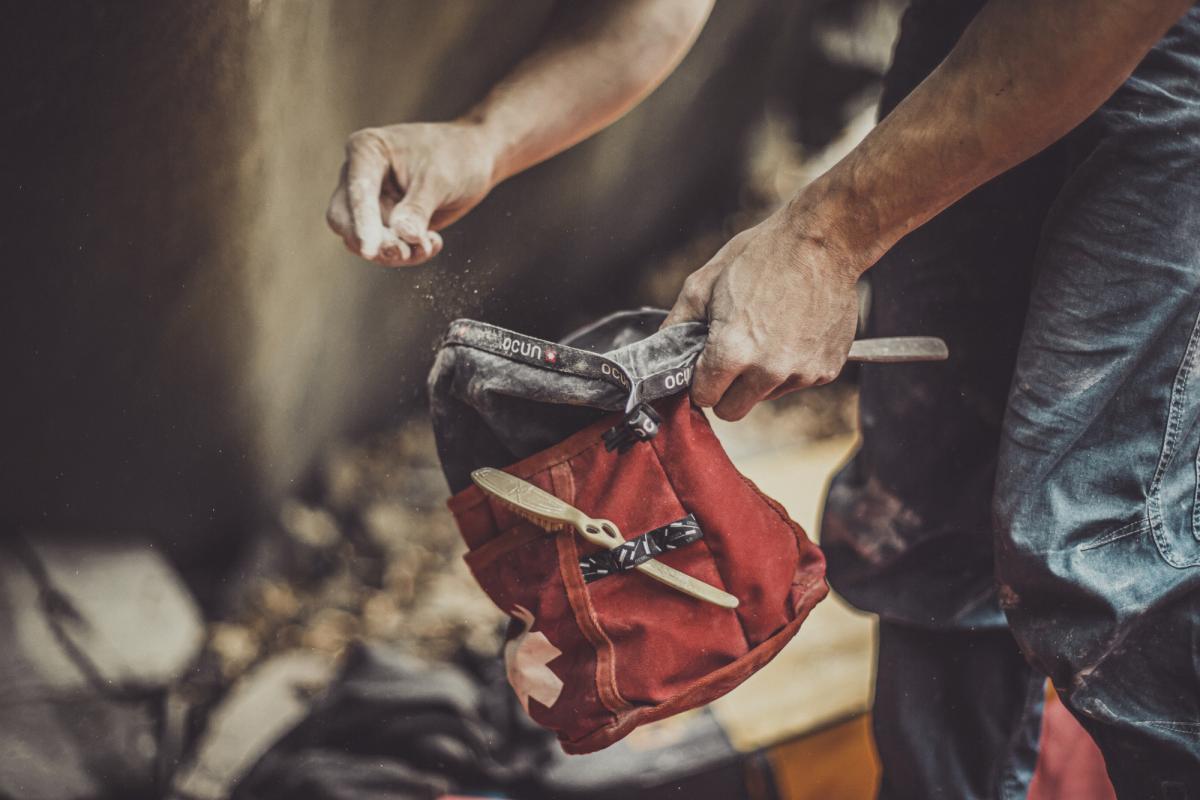 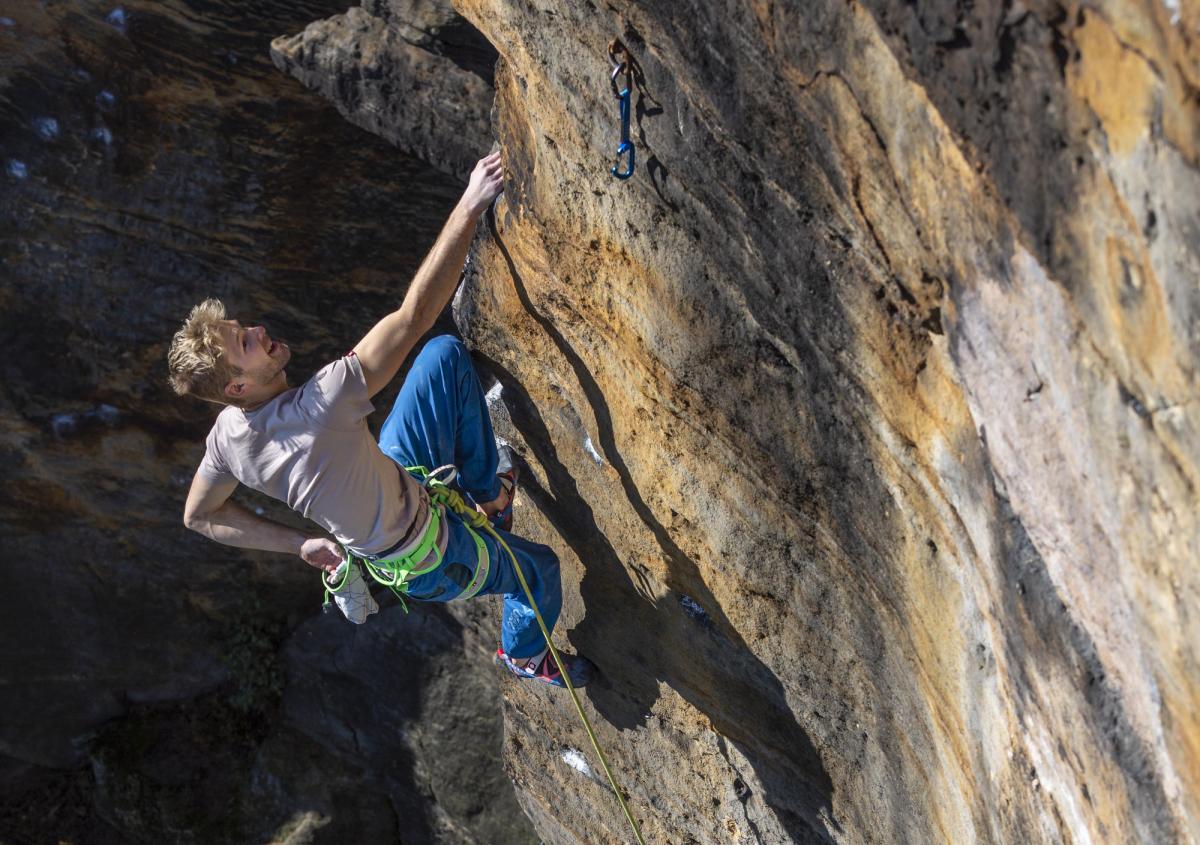 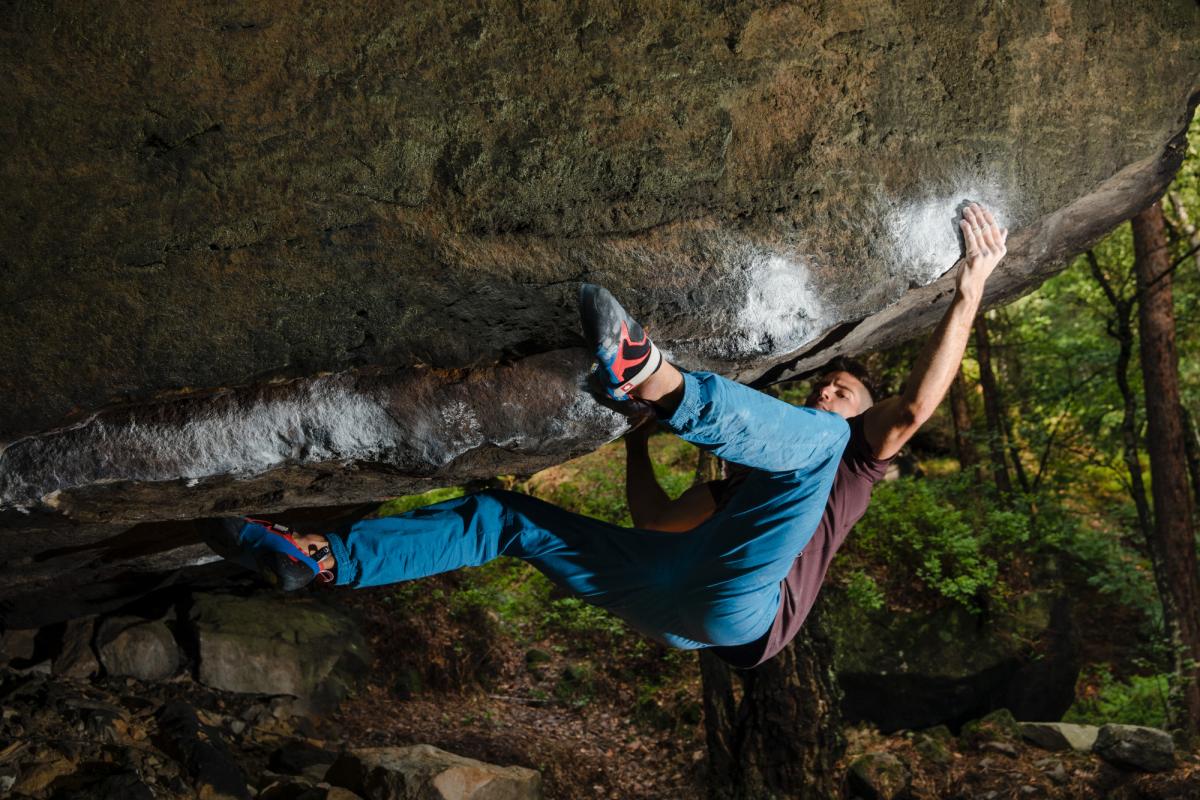 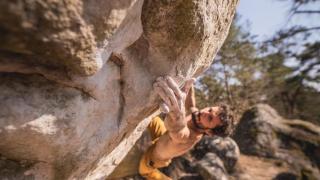 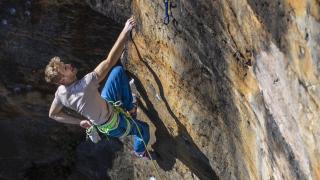 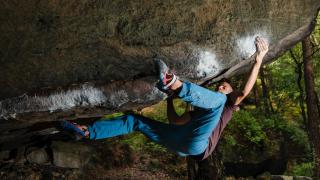